At m Strategic Partners we focus on each assignment with the same level of passion, energy and responsibility to drive each complex project to a successful predictable outcome.

Inwood Manor is an existing 17-story condominium building in the heart of River Oaks. Built in 1963, much of the building’s original infrastructure remains intact, requiring extensive updates from top to bottom. m Strategic Partners was engaged in 2015 to assist the Board of Director’s in prioritizing a list of needed upgrades through facility assessments. There are currently 6 phases and counting. The team has been challenged with working in a fully occupied building with more than 95 individually-owned units. Due to the age of the building, asbestos abatement is required as a major precursor to all construction activity.

PHASE ONE consisted of the installation of fire sprinklers on the ground floor in the building’s lobby and common areas. The team was challenged with preserving original finishes while also performing asbestos abatement. The elevators were also upgraded with a new drive system, rails, and controls in preparation for increased use during the upcoming projects. Completed October 2016.

PHASE TWO entails of installation of new chilled water and hot water risers in a new central location with horizontal distribution added on each level in the public corridors. Each condominium has individual air handlers resulting in the replacement of over 150 units.
Removal of the corridor ceilings revealed a myriad of unforeseen conditions that the construction team and residents took in stride. New energy-efficient LED lighting was installed in the public areas and a new life-safety distribution panel was added so all public corridors are now on emergency power. Anticipated completion: February 2018.

PHASE THREE is an upgrade of electrical infrastructure that includes a partnership with CenterPoint Energy as they also had original equipment providing service to the site. Their contribution includes removal of pad-mounted transformers and the installation of new pole-mounted transformers. From there, the construction team installed new switchgear, motor control center, automatic transfer switches, and a 350kw generator. During construction, the team was challenged with tie-ins to obsolete equipment resulting in multiple collaboration sessions with the design team and vendors. Anticipated completion: August 2017.

PHASE FOUR consists of the installation of new cold water and hot water risers in a new central location with horizontal distribution added on each level in the public corridors. The existing system has individual riser chases serving the condominiums in 16 locations spread throughout the floor plate which posed to be too invasive for in-place replacement in a fully-occupied building. Flexible PEX piping will extend service from the public corridors into the condominiums and work will be completed on a per-riser basis. The maintenance team will also have the added benefit of control valves for each condominium unit in the event of a water leak. The existing system consisted of failing pneumatic controls that often resulted in a full-building water outage to perform simple repairs. As the construction team will be working in each condominium, they are challenged with matching existing custom architectural detailing and finishes. Anticipated completion: April 2018.

PHASE FIVE is the replacement of the existing wooden cooling tower with a new stainless steel cooling tower. The existing cooling tower sits on an elevated basin and column structure with vibration isolators on the 16th floor. Due to site access and weight limits, two shut-downs of high-traffic San Felipe will be required for crane access; one for demolition/removal, and another for installation. Anticipated completion: January 2018.

PHASE SIX includes replacement of the existing TPO roof with a new 2-ply bituminous membrane over new tapered insulation. The lightning protection system will be replaced, as well as all mechanical equipment fans and curbs. Upon investigation of leakage from the roof in the penthouse unit, it was also determined the glazing system was a source of water penetration. The glazing system (frames and glass) will be replaced in small sections each day as the space will remain occupied throughout replacement. The resident often hosts art gallery events, so museum glass will be installed to virtually eliminate UV transmission. The terraces will also be re-sloped and waterproofed. Anticipated completion: January 2019. 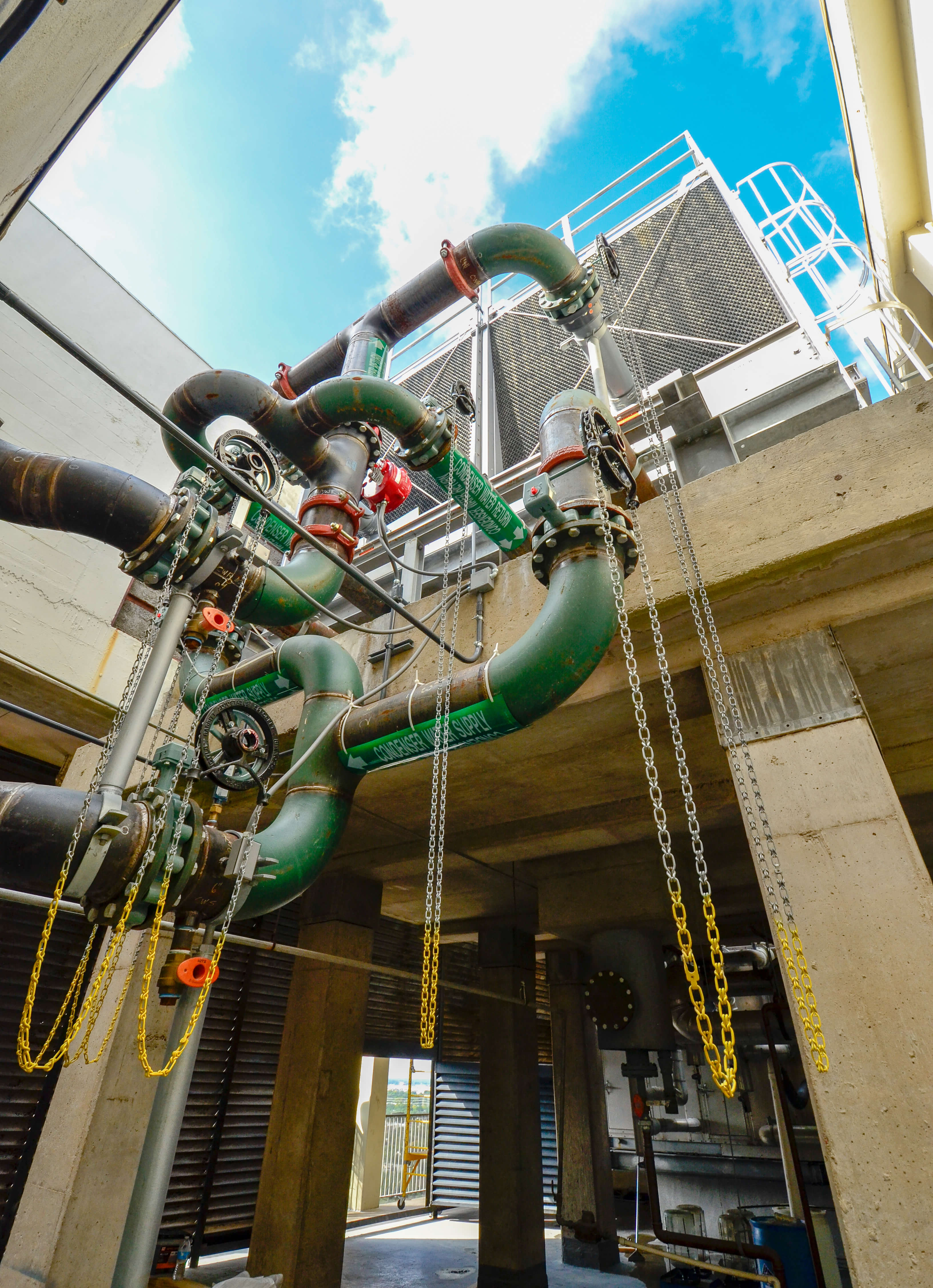